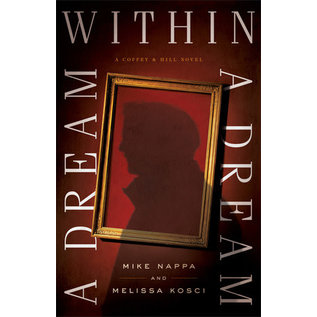 Trudi Coffey hasn't seen Samuel Hill in weeks. Then the FBI shows up asking about him. After a strange encounter with an armed man demanding her help and an attack by a member of the Boston mob looking for someone named Dream, Trudi manages to find Samuel--or rather, he finds her. He's made some pretty powerful enemies, but right now his full attention is on protecting Dream from the mob. Because Dream has something they want--the map to the location of artwork stolen from the Gardner Museum during the infamous 1990 heist.

With danger closing in from all sides, Trudi and Samuel will have to call on all their allies to keep Dream safe and discover the identities of the people who have been hunting down Samuel. The real questions are, whom can they trust? And who will make it out of this alive?

Praise for the Coffey & Hill series

Mike Nappa is an entertainment journalist at PopFam.com, as well as a bestselling and award-winning author with more than one million books sold worldwide, including Annabel Lee and The Raven. A former fiction acquisitions editor, Mike now writes full-time.

Melissa Kosci is a fourth-degree black belt in and certified instructor of Songahm Taekwondo. In her day job as a commercial property manager, she secretly notes personal quirks and funny situations, ready to tweak them into colorful additions for her books.