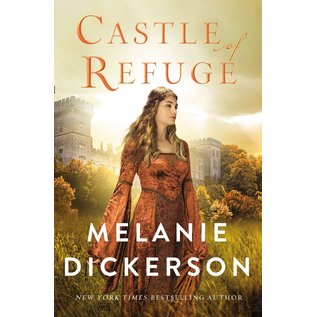 Audrey is a viscount’s daughter who has suffered her sister Maris’s cruel, jealous behavior all her life. An act of malice led their father to send Maris to a convent, but Audrey was still left with scars. Three years later, Audrey’s father is determined to marry off his damaged daughter, and Maris is returning. Desperate, Audrey sneaks away.

However, life outside her home is dangerous, and she soon finds herself attacked, injured, and in dire straits. She is taken in at Dericott Castle to be nursed back to health. While there, she decides to keep her identity a secret and work as a servant in the castle. But she doesn’t count on falling in love with the young and handsome Lord Dericott, who lost his arm several months earlier.

Meanwhile, Edwin—Lord Dericott—is curious about the new, well-educated servant’s identity. When the man Audrey’s father wanted her to marry comes looking for her, each must make a life-changing decision about what to believe and whether or not love is truly worth trusting.

Melanie Dickerson is a New York Times bestselling author and a Christy Award winner. Her first book, The Healer’s Apprentice, won the National Readers’ Choice Award for Best First Book in 2010, and The Merchant’s Daughter won the 2012 Carol Award. Melanie spends her time daydreaming, researching the most fascinating historical time periods, and writing stories at her home near Huntsville, Alabama, where she gathers dandelion greens for her two adorable guinea pigs between writing and editing her happily ever afters. Visit her online at MelanieDickerson.com; Facebook: MelanieDickersonBooks; Twitter: @MelanieAuthor.