UNAUTHORIZED is a 30 minute, social deduction game for 6-12 people in which players maneuver to grow, or stamp out, an underground church. Each player uses their unique role power to sway the experience cards of the other players in an effort to propel th 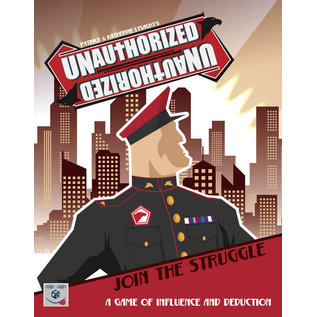 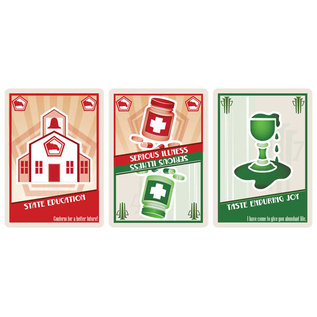 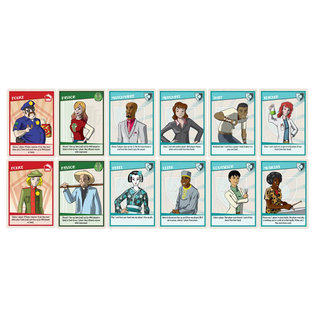 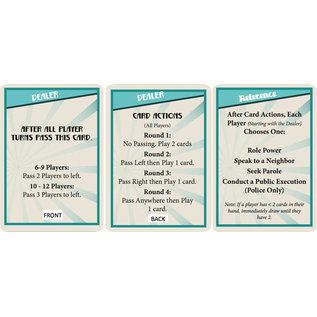 The state has declared a crackdown on the Christian church, allowing a wave of persecution and injustice to prevail. As common citizens, you must weigh your loyalties: fight for the church, or support the state? Unauthorized is a "social deduction" game, meaning players begin with a role, but may change over time. Some players are Police (loyal to the state), some are Pastors (loyal to the church), and the rest are Neutrals. Each player begins with a hand of cards - red for State, green for Church. During a turn, players choose a card from their hand to play - the color determines the loyalty they choose for that round. Each player can also perform a special action, usually involving trading or giving cards, or releasing players from prison. Additionally, the Pastor can discard State cards from any player, while the Police can interrogate players (forcing them to prove their loyalty, lest they end up in prison) and even choose to execute a Neutral! After 4 rounds, each player checks if they have played a majority of Red or Green cards: if most people support the Church and at least 1 is free, the Church wins. Otherwise, the State wins. 6-12 players; ~30 minute playtime.