A WWII Japanese naval officer. The teenage daughter of a legendary Christian samurai. Three centuries separate them, but a crucial question binds their destinies together.


Which lives have value? 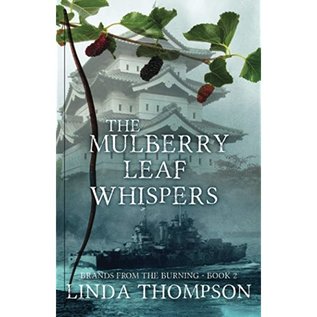 A WWII Japanese naval officer. The teenage daughter of a legendary Christian samurai. Three centuries separate them, but a crucial question binds their destinies together.

Which lives have value?

In the highly anticipated sequel to her award-winning debut novel, The Plum Blooms in Winter, Linda Thompson provides a riveting story inspired by true events.

1587. Bartered off in a peace agreement to the ancient enemies of her illustrious house, is Sono a war prize, a hostage, or a bride? One hope sustains her. If she can provide an heir to the dashing husband she just met, she'll ensure decades of peace for the beloved family she was forced to leave behind. But when a dark secret threatens her desperate bid to purchase their security, she must rise to a battle she never dreamed she'd fight.

1942. Akira Matsuura's naval vessel explodes under enemy fire. Everything he has lived for disappears in flames with it. His command, his crew, his future-all lost. Worse, his honor is eternally decimated. A prisoner's life is of value to no one. Least of all to himself. But a stunning twist reveals his family's secret shame. Can a long-buried truth provide the vital spark that reignites his will to live?

Thrill to two poignant journeys of courage, duty, and sacrifice, deftly woven through the centuries to inspire with dynamic faith that conquers despair.