She doesn't hold his past against him…can he forgive hers? Fresh out of prison, Asia Jessup wishes she could change her past and maybe her future. 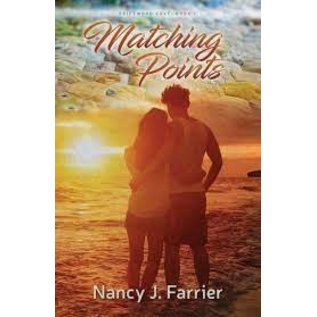 She doesn't hold his past against him…can he forgive hers? Fresh out of prison, Asia Jessup wishes she could change her past and maybe her future. She has no family and no one to turn to. All she has is her newfound faith. She returns to the town where she spent a couple of idyllic summers to find family she didn’t know she had. Her devastating secret won’t bring a joyful reunion. Will it destroy her last hope? Ian Kittridge has his own thriving restaurant, is a respected business owner, and is active in his community. Thanks to a teenage Asia’s empathy one summer he’d been pulled back from the brink of ruining his life and ending up like his father—a murderer. He is working hard to eradicate the past and rise above the murmurs of “like father, like son.” When Ian runs into Asia he can’t believe she’s returned to their coastal California town. Although he’s eager to reconnect, he isn’t looking for a serious relationship—he can’t take the chance of becoming his father. Asia is wary of Ian’s friendship because of her shameful past and the sins of her mother and father. As Asia’s secrets quake the family she hoped to find, can she and Ian find their way through the storm, to a peaceful resolution, and look toward the future?